The first major update is about to drop. 😀
I’m working like a madman to get as many awesome things into it as possible, but it’s now far enough along that I can share what some of those things are!

Are you tired of playing the same 10 levels?
Endless Mode is here to help!

Did you notice that archers look exactly like swordsmen in the current build?
That changes in 0.2! 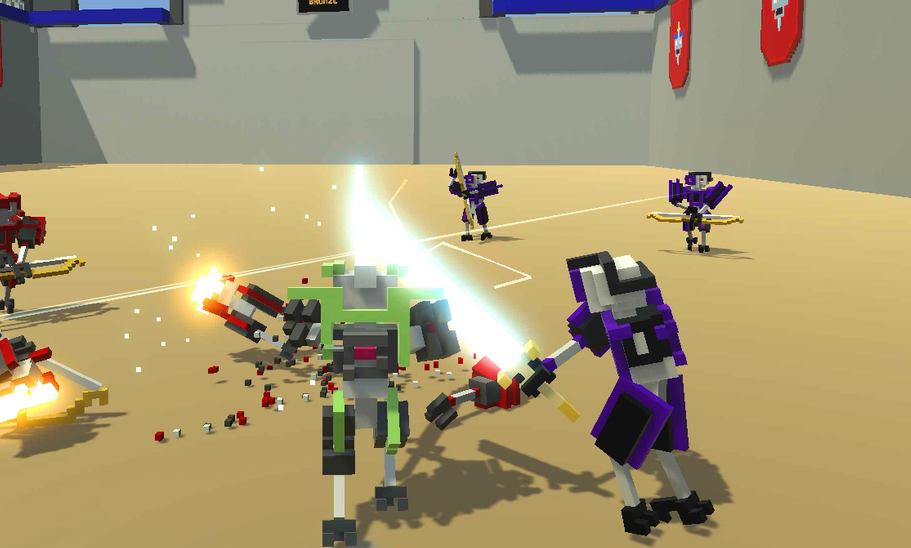 Spidertron 6000 is a superior model.
It is unlikely that any human will manage to defeat it. 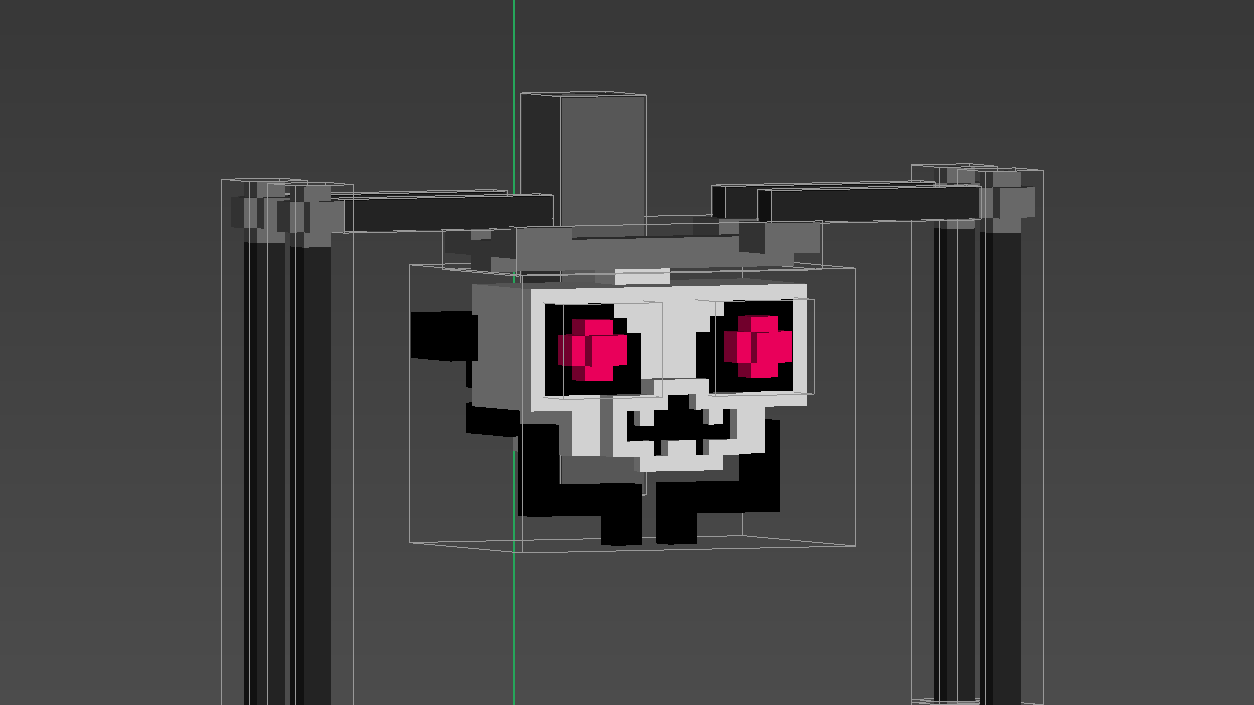 A new sword robot is in the works.
Outside of the Mark 1-3 chain, this one focuses heavily on speed and unpredictable movement. 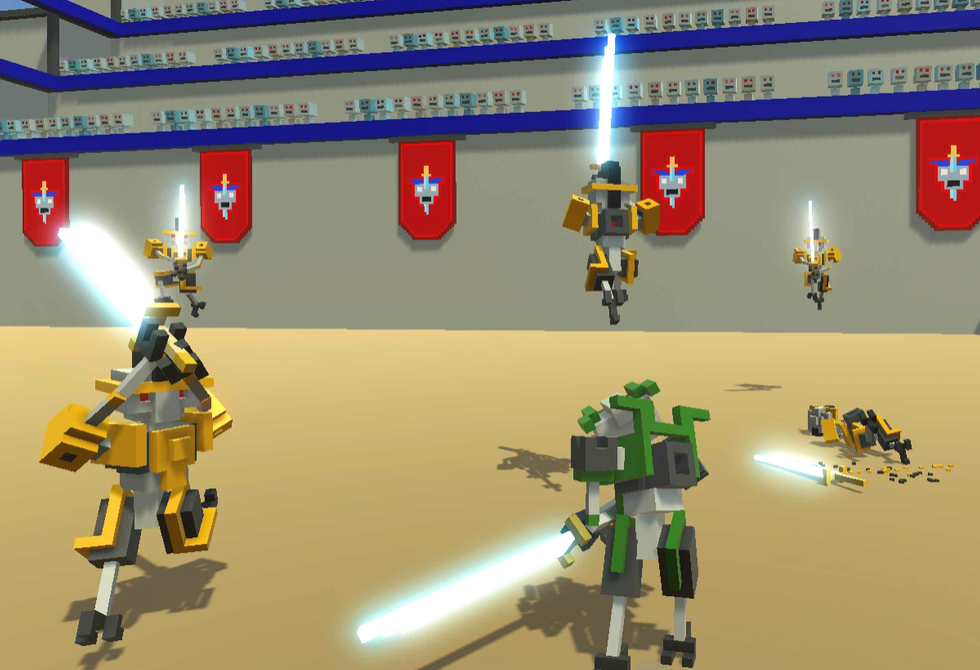 A lot of bugs will be fixed for next update!
Many are already fixed, and the whole last week before the update is dedicated to stabilizing the build. 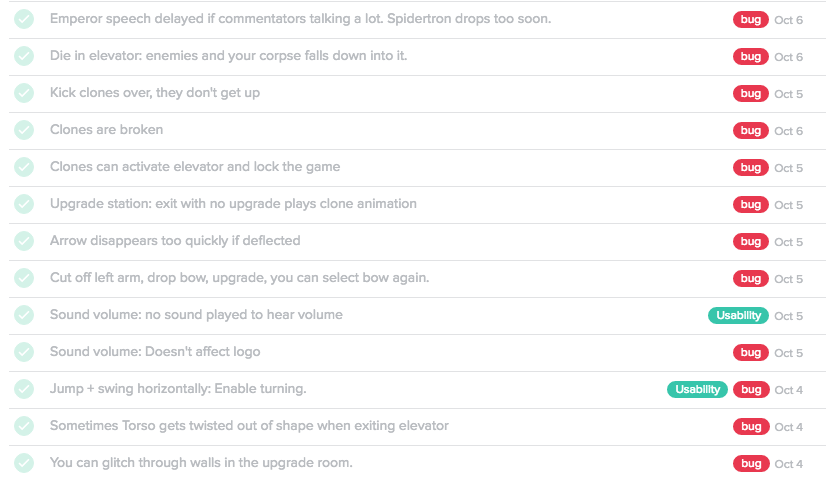 Thank you for playing!

I never imagined such a tremendous response from launching the alpha on itch.io!
It is every developer’s dream to watch people play their game and not find it terrible. 😀

The success of the alpha launch means that I’ll be working on this game for a long time to come.

As mentioned at the top, the next update launches on Oct 28.

The Open Alpha just launched, and you might be wondering what happens next.
Here are some of the things hovering near the top of the priority queue.

A large part of the next update will be to fix things that aren’t working for people.

If you find something wrong or run into technical issues, let me know!
The game also has a nice itch.io forum you can use.

More challenges are coming!
While there may be updates that are largely about support systems around the game, I’ll do my best to inject fresh challenges each time for experienced players.

One major area to explore is non-humanoid enemies.
Expect this friendly dog to show up soon:

Kicking is an awesome ability. Knock people over in order to stab them. Kick them into sawblades! The fun-potential for kicks is vast.

However, play testing has revealed that the current version is very difficult to use.
An easy-to-use overhaul is coming!

Kicks in sword fighting are generally not recommended.
Lucky for you, Clone Drone in the Danger Zone allows you to continue fighting if your leg gets cut off!

While the fast pace of Clone Drone in the Danger Zone does not lend itself well to a twitch-plays style integration, the arena format could be a natural fit for letting viewers interact more deeply with the person streaming.

In 2016 getting a twitch chat to show up in the game is very straightforward.
Expect some interesting experiments! 🙂

Much work remains to be done on the story progression of the game.
This is perhaps one of the aspects of the game where being in alpha is most keenly felt.

I’ll slowly build it out, but custom content tends to take a lot of time, so other features with a higher impact might take priority.

Clone Drone in the Danger Zone is now available on itch.io!

This is a really exciting step!
The game is going to see vast changes over the coming months, with lots of exciting content still to be added.

Be a part of the vanguard and play the game before it becomes cool! 😀
Your feedback will be heard loudly and shape the experience to be the best it can possibly be.

Clone Drone in the Danger Zone is a wonderful competition in which you’ll soon take part!
We look forward to seeing you fight to the death in your shiny new robot body.

We are gearing up to provide you with a First Access experience.

In the meantime, look at this happy robot:

Soon this could be YOU!