We’re baaaaaaaaaack! We’ve been working on some awesome stuff the last few weeks, so figured it’s high time for an update post!

Following up on the new Arena design detailed in our last preview, the upgrade room and spawn areas are being given face-lifts of their own.

Can you spot the difference?

The TVs now also show a preview of the next level!

As part of the all-new Arena design, we’re working through all of the existing endless levels and enhancing them with the power of awesome new art and the last two year’s worth of level editor improvements.

Twitch Extension Beta, sign up to help test it out!

We’ll be including a Twitch Extension update alongside the next update, and will be starting a beta test of the extension before then. Shoot us an email with your Twitch stream URL and we will send along a link to the experimental beta extension once it’s approved for testing by Twitch (late this week or early next week, hopefully!).

The updated Twitch Extension will feature:

These features are still under heavy development, and during the beta will require using a separate test Twitch Extension app, so wait for the extension beta instructions if you’d like to try it early!

Don’t forget, Co-op is coming this next release!

We’ve been having a blast playing co-op, and these arena and level changes have been making it all the more fun. 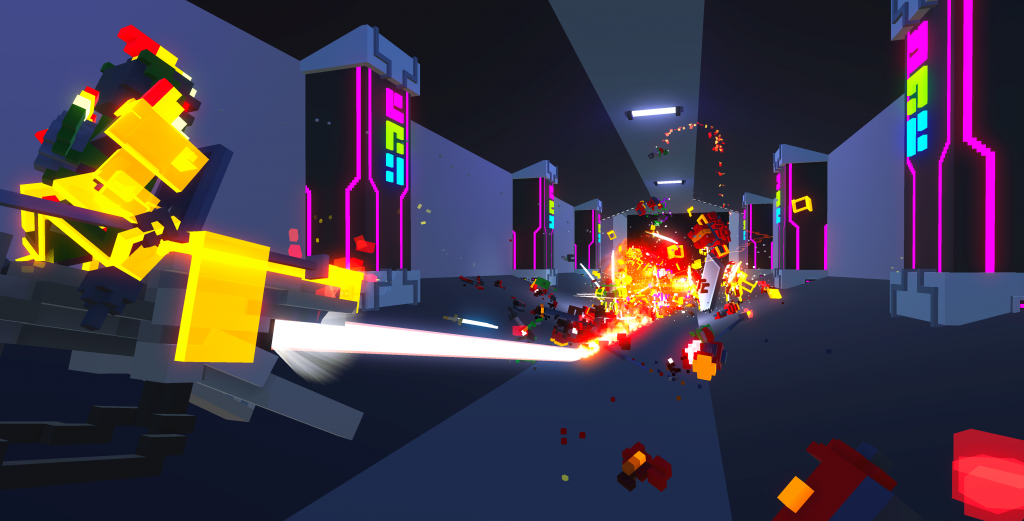 As always, Doborog is streaming development live on Twitch! https://twitch.tv/doborog

As we noted last time, on the stream page you can also find a link to access the latest experimental builds, which include progress on co-op and the new arena. (As the description notes — these builds are under heavy development and will contain lots of bugs! So proceed with caution :D)

We are aiming to release the co-op update before the end of August. It’s going to be a big update!