Just over three weeks ago, we announced we’ll be tackling adding multiplayer to Clone Drone in the Danger Zone—and to learn the principles of multiplayer game development, we’d first create a simple test game.

Instead of throwing the prototype away, we decided to quickly publish it for free on Steam!

Less than a month after starting development, and just a couple days after launch, Long Live Santa! has already been installed by over 40,000 players!

Thanks to all the wonderful Clone Drone players who helped beta test early builds and shared ideas and encouragement on our Twitch dev-streams!!

We learned TONS about how to build and iterate on multiplayer games from this technical exercise. The approach we took held up well—hitting over 400 concurrent players worldwide at once! 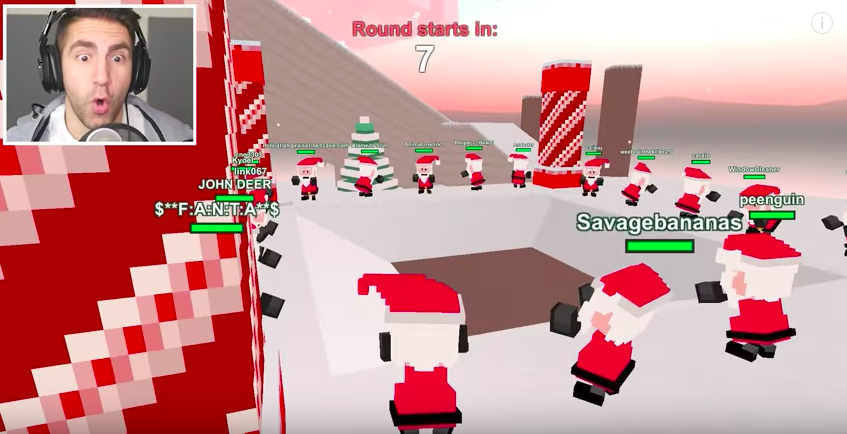 Pungence Playing a Full Game (check out his Let’s Play!)

We’re now buzzing with ideas for ways to make a fantastic Clone Drone multiplayer experience, and we’re glad we took the time to “burn a pancake”—though some say the pancake is not so bad!

In January we will start designing and building multiplayer integration with Clone Drone, using what we’ve learned from building the prototype to make it amazing!

If you haven’t yet had a chance to pick up Clone Drone—or are kind enough to share the secret simple joys of Clone Drone with a friend for the holidays—it’s currently 34% off, its biggest Steam Store discount to date!

Now’s a great time to treat yourself, be a hero, and grab a copy or two for some holiday training!

That’s all for now, see you either riding a killer reindeer at the north pole, or in our next post in January about multiplayer development progress!