This past weekend we held another Last Bot Standing playtest, it was a lot of fun! Thanks everyone who came to the stream to play test the levels.

In the spirit of the season, we’ve added FOUR new maps to the Last Bot Standing rotation today, and may add one more over the holidays pending a couple of small level tweaks.

We mentioned for last playtest that our level themes are just suggestions to inspire those who don’t have an idea to start with, so you’ll see non-METAL-CHRISTMAS-themed maps sprinkled in we think you will still enjoy! So if you have an idea for our next Last Bot Standing playtest, no need to wait for the next theme, you can start building now!

Ho-ho-ho-ly mother of Christmas decorations! Lots of nice Christmas touches throughout this map. Grab a gift from on top of one of the gifts. The combat area is cozier than most maps, so watch your back!

If you like lore, you’re going to love this level’s background story. This level’s unique layout and stylish jump pads make for a fresh new environment to battle in. Watch your step and survive the harvest!

This level has so much character and hilarious elements, we really want to add it to the rotation, so we’re circling back with a few tweaks needed to get it ready for prime time. There were many deaths during the playtest caused by gawking in awe of the hilarious level elements. 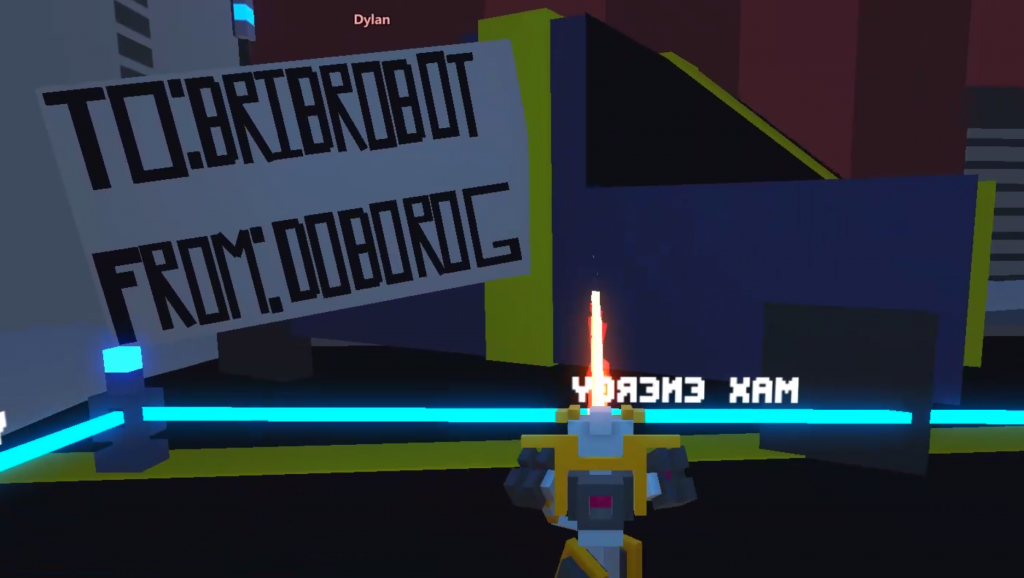 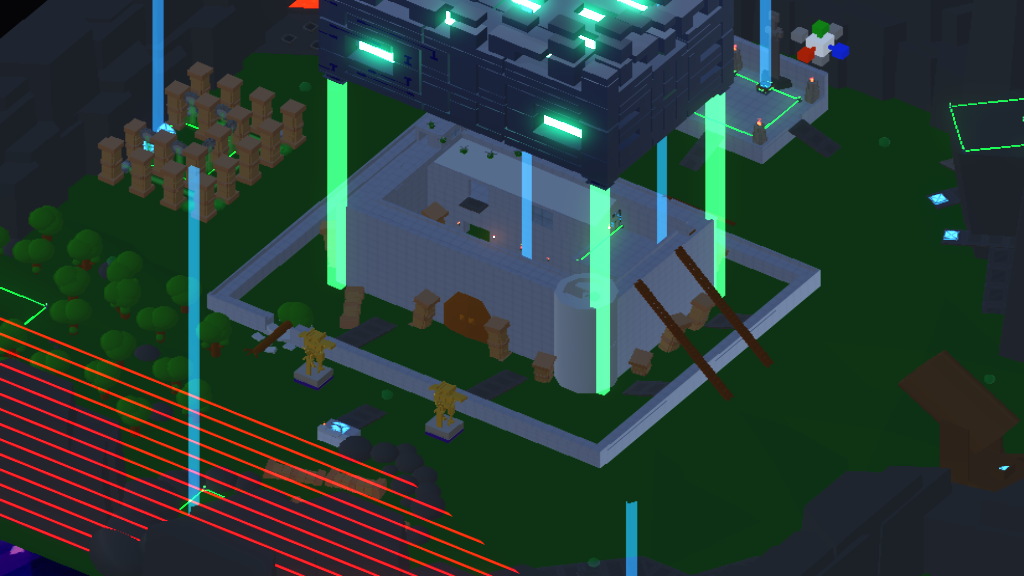 You really don’t see enough laser-sword-robots hanging around castles these days. This blast from the past level sports a dangerous courtyard surrounded by places enemies could jump down from. This results in a very different feeling combat experience.

May be Added Soon! 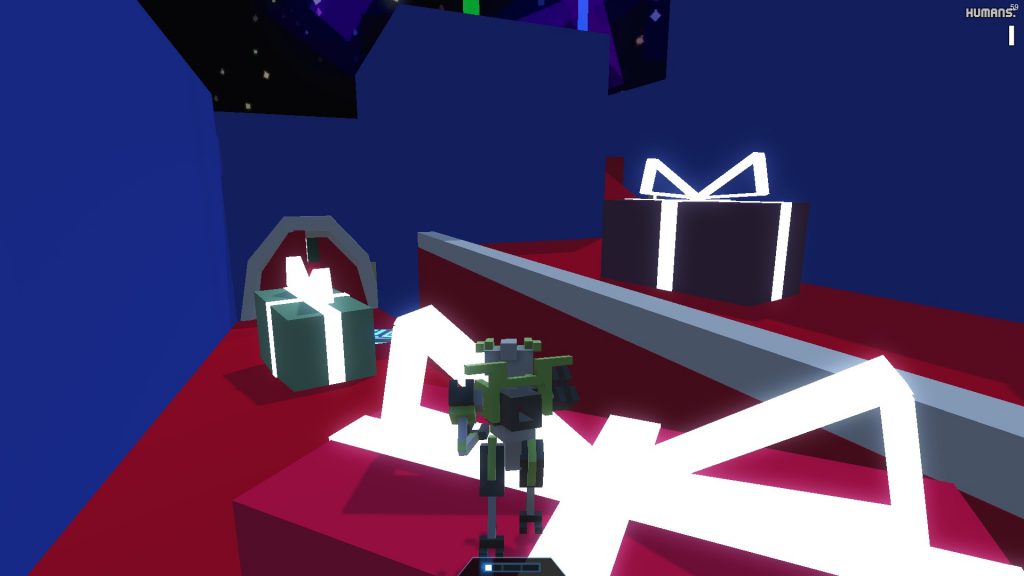 I mean, doesn’t the name here say it all? (radio) GIFT HAS BEEN PLANTED.

There were a bunch of other fun METAL CHRISTMAS-themed levels we had fun playing on Saturday! These levels were very close to being included as well, and deserve to be mentioned:

Thanks everyone for making such cool levels and participating in the event!

Next Playtest: in a month, theme TBD!

These playtest events have been a ton of fun, so we’re gonna keep doing them! Some have asked that we give a bit more time between playtests, so we’ll be doing the next one in about a month. We’ll announce the next theme in an upcoming blog post, so watch for it!

If you missed our last update post, Erik has been building a brand new weapon and enemy for Story Mode Chapter 4. Watch for another post in the not too distant future on a neat level editing tool he’s adding to make the chapter even more dynamic than the others.

Brian‘s been adding controller support to the game and UI, and some say it might feel even better than playing with a mouse + keyboard (sacrilege!). That will be shipped alongside a change to our multiplayer system to support more regions to hopefully improve pings for those of you in US-West and possibly other regions.

Watch for our next update, and have a very happy holidays & new year! <3