We just released a cheeky update!

Surprise! We were fixing a laser bug this update, so we figured, why not make a challenge that uses it! Practice your laser skills with 10 fresh laser-forward levels.

Will you earn the new laser challenge trophy? 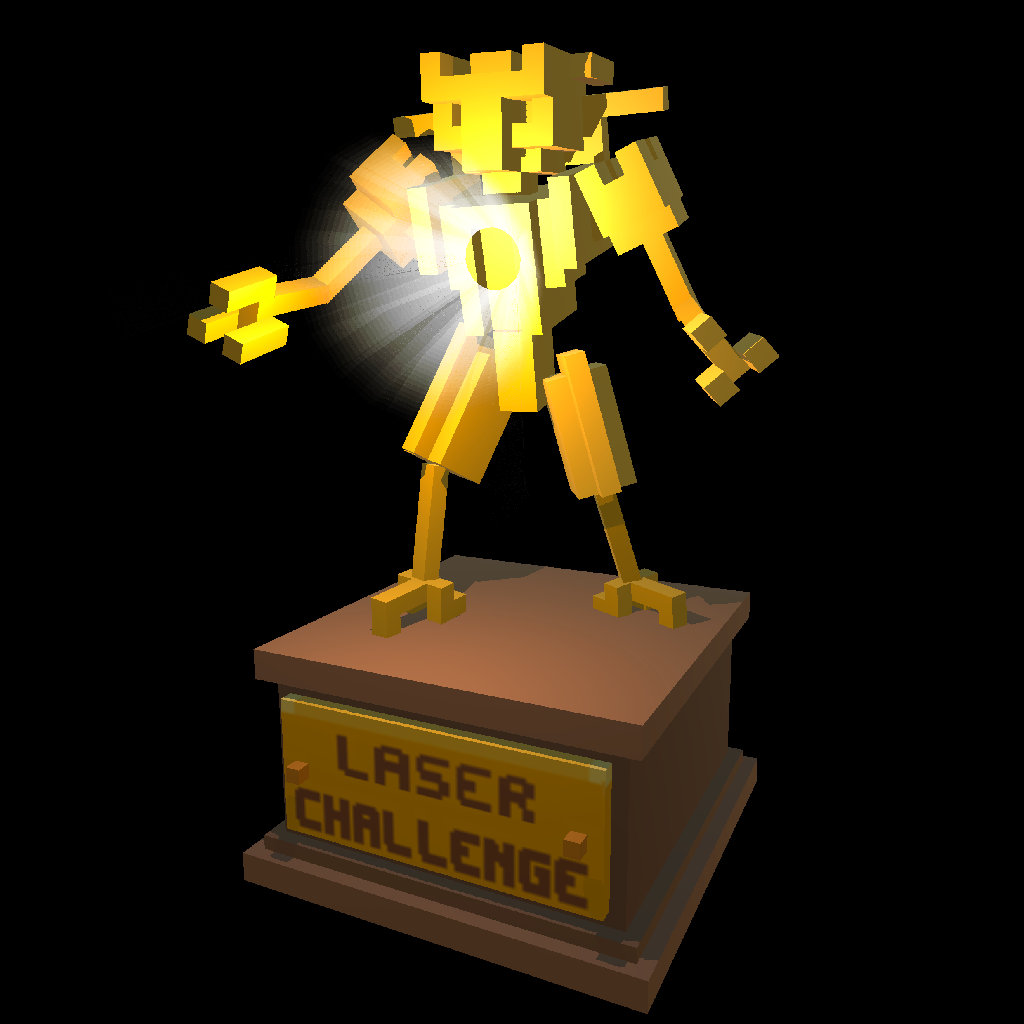 Some of you were asking if you could make and play your own Last Bot Standing multiplayer levels. Now you can!!

With a single click, your work in progress level is on a dedicated multiplayer server and ready to play-test. We now wish this was in every game’s level editor!

Once you’re happy with your level, upload it to the Steam Workshop. People can then use your levels in…

Create your own private Last Bot Standing matches with up to 15 of your closest friends. Download some new levels from the workshop and try them out! 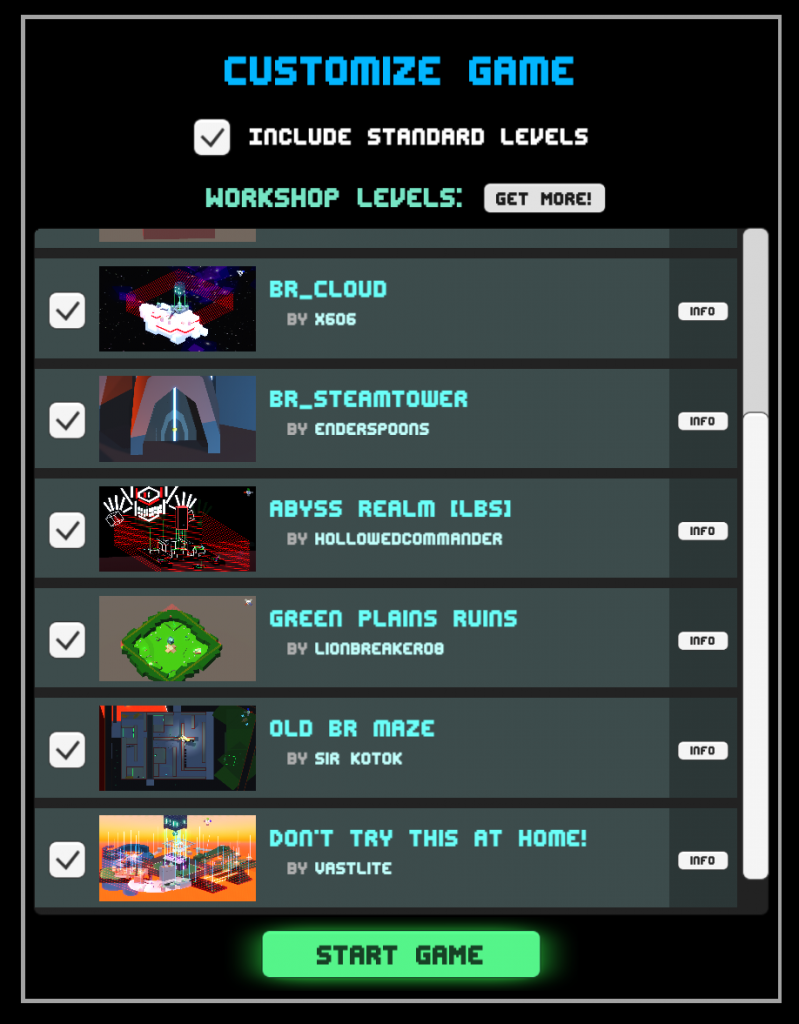 Don’t have any friends to try out new level with? Join our…

You may notice a new countdown at the top of the game. 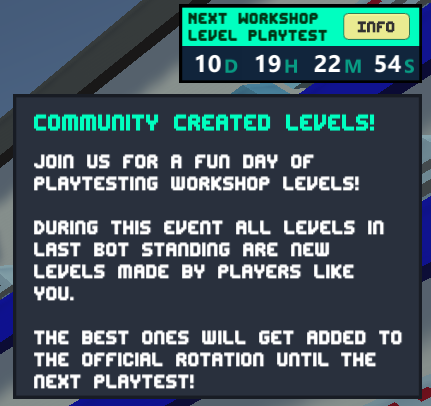 We’re going to get everyone together and test out some of the latest Steam Workshop levels on a Twitch stream together. The first one will be at Saturday November 17th at 10am PST. Load up your game then to try the community-created levels we’re testing!

Now when you win a public match with more than 5 players in it, your new Win Counter will go up. Once you reach a certain number of wins, your Transport Bot will automatically be upgraded to a new, more intimidating model.

You may notice this includes macho garbage bots with mustaches. Are you happy, cogitoergosum?! Look what you’ve made us do.

As lava rises up, the level’s combat surface grows progressively smaller. Kill your opponents before you drown in lava!

There’s so much we want to do next, we’re going to parallelize the next bit of development!

Don’t forget to come join our play test on Saturday November 17th at 10am PST! Add it to your calendar, and see you next update!