Holy progress, Commentatron! There is so much new stuff from the past few weeks, we figured it’s way past time for an update post!

The Dash ability will launch with the Battle Royale game mode, and will be available in all game modes (even single-player).

The Dash ability (SHIFT + direction) allows you to perform a quick, short leap in a given direction, provided you have the energy to use it. Combined with a well-timed swing (or used to avoid one), it can become a very powerful addition to your combat toolbelt. 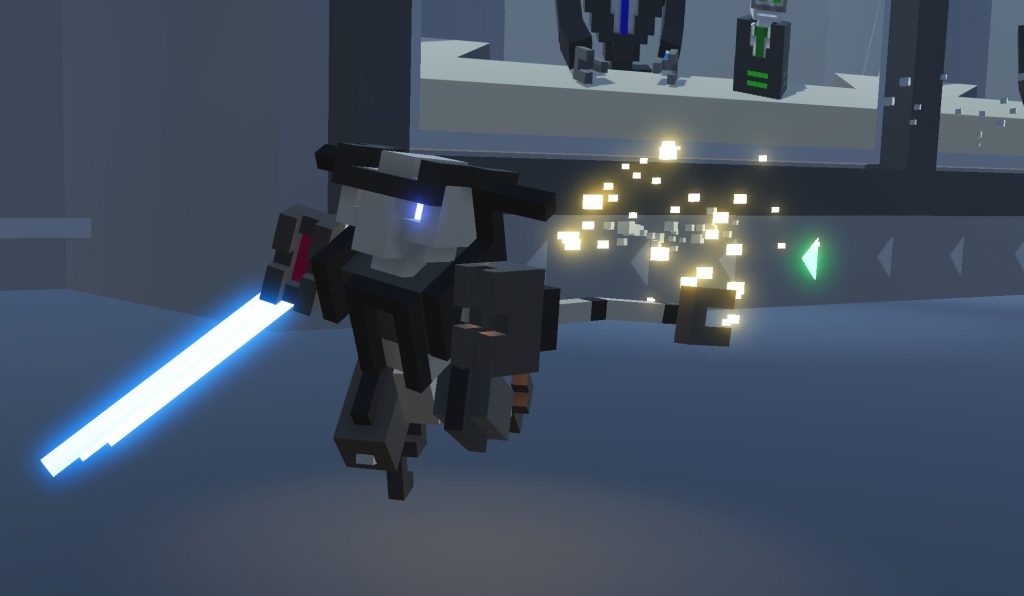 We’ve already been finding the dash’s quick, punctuated motions make combat feel more dynamic and fun, and helps avoid chase scenarios where both players are running at the same speed — now there’s some excitement to it!

We’ve been continuing to improve the “hit feel” of multiplayer combat, and the Battle Royale update will introduce two major improvements: (1) cranking the server & client-side network send rate up from 20 packets per second to 60, and (2) using a hybrid client/server hit reporting mechanism that should help hits register more often while still detecting cheat attempts.

Erik has been using this cool visualization of sword hit detection to test out different lag compensation techniques: 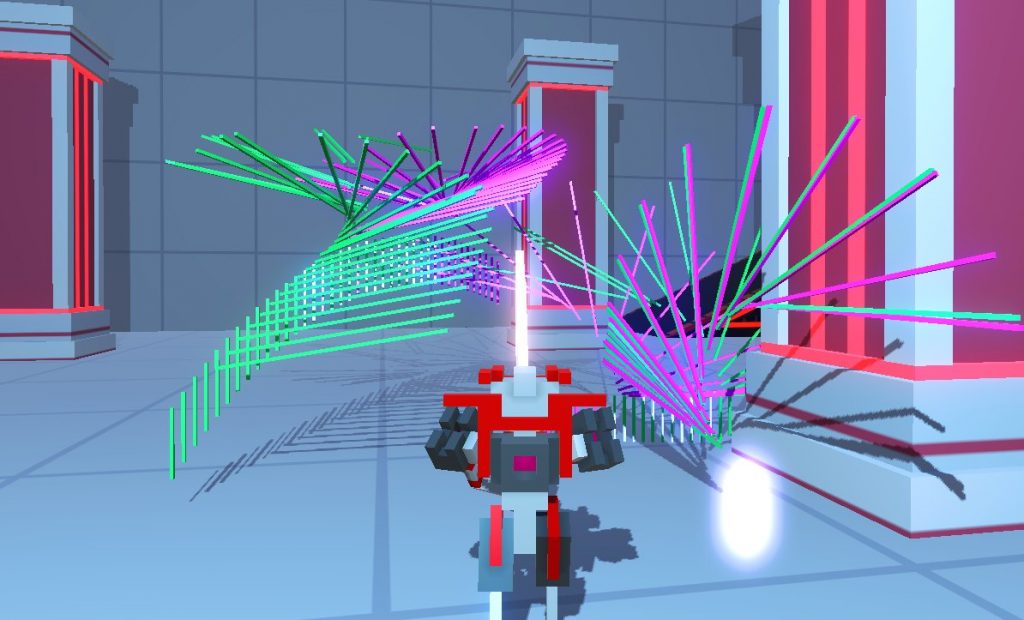 Maybe in a future game, you’ll just draw flowers with your sword…

Beyond that, we still have even more ideas for how to improve the networked melee hit feel (including getting US-West region support, our provider suggests it’s coming soon!) — & this update should be a nice step forward!

Screw launching with one gigantic map, Clone Drone Battle Royale will will launch with a bunch of medium-sized maps! 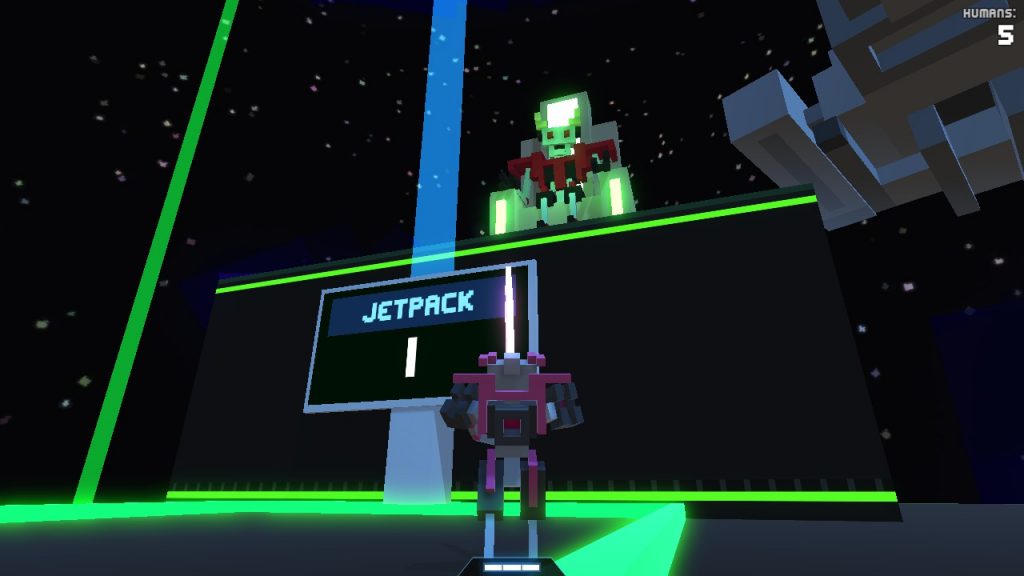 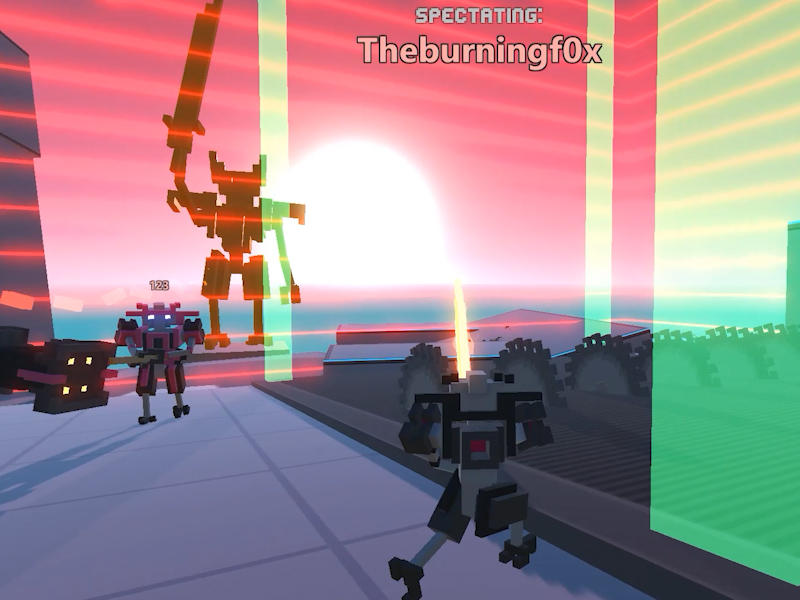 These maps will take advantage of some newly added level features, such as…

You may notice some levels have laser cannons on them.

Don’t fall off the edge of the map.

Just because your robot body has been sliced to bits doesn’t mean you can’t keep enjoying the game!

Now you can fly around, follow players and watch the game (starting with whoever killed you).

While we’ve been working on these new levels, we’ve been making some pretty cool additions to the level editor (which will become available to Steam Workshop creators when we launch Battle Royale)!

Those of you familiar with Photoshop, Flash, etc. will appreciate these other handy tools which will be available in our next release (align, distribute, chain). Here are some outrageous things VastLite has been making with them: 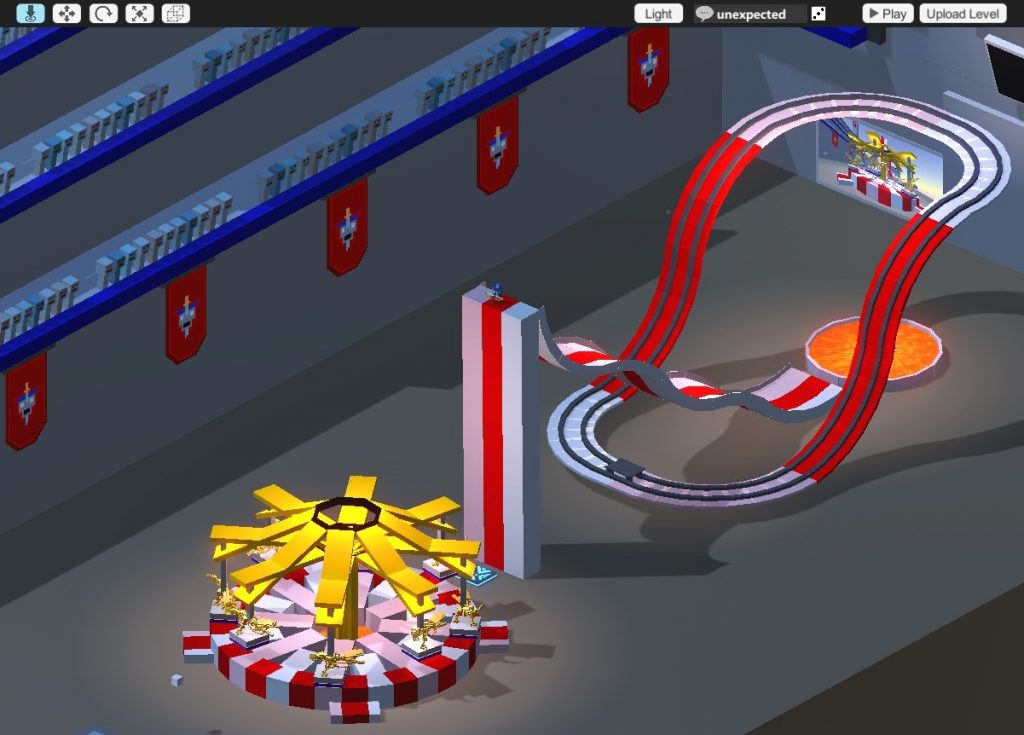 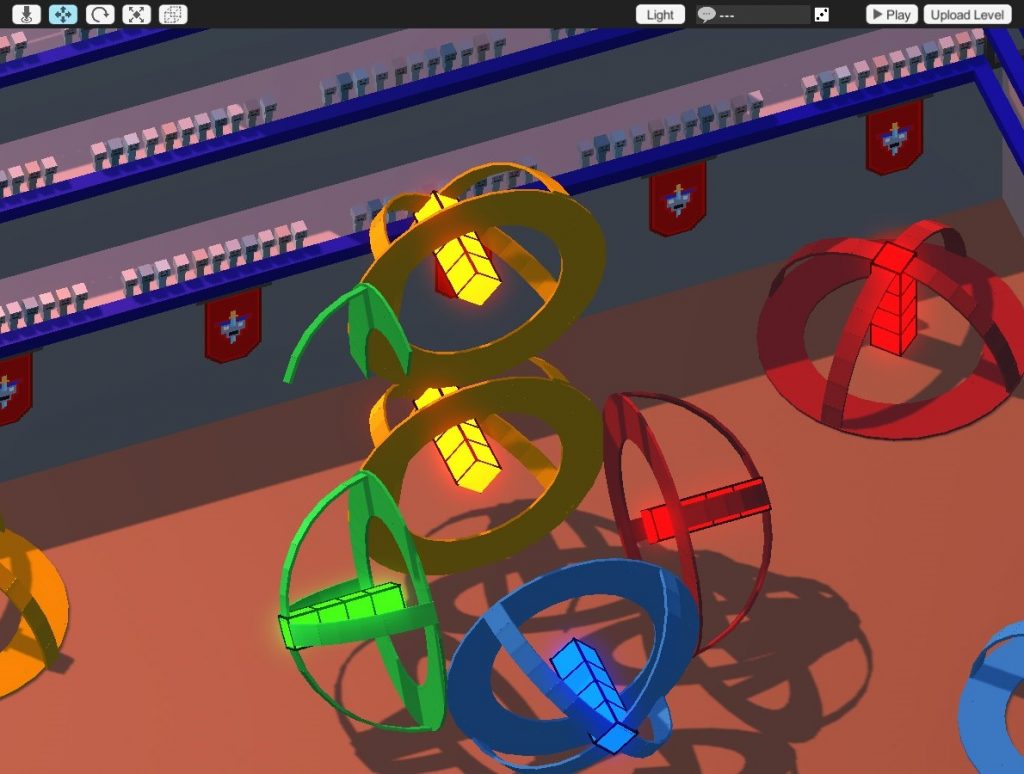 When we added Moving Platforms, we were amazed and a little disturbed by what players were able to accomplish with such a simple feature.

Move Groups takes that to another level. You will be able to move not just platforms, but other objects in the level with these groups.

Look what X606 made using move groups (in the development test branch):

Stay tuned for the upcoming release of Clone Drone in the Dancing Zone.

Playtest with us & let us know what you think!

Come watch Erik live-streaming developing the Battle Royale game mode LIVE! & join one of the beta branch test matches to try it out yourself.

Otherwise, see you in the arena September 21st!