FAQ: How much will it cost?

FAQ: If I already bought it on itch, do I get a free Steam key??

Yes! When it becomes available on Steam we will give everyone who already bought it a free key.

FAQ: Will you continue to sell it on Itch?

Yes! Itch is an awesome platform and we’ll continue to release updates there.
It’s possible we’ll add fancy features that only work on Steam (like achievements), but if you don’t care about that you can continue to play on itch.

FAQ: Why Early Access? When will the game be finished?

We’re launching the game into Early Access to communicate the following:

We’re going to update this game a lot!

We could focus on quickly wrapping up Story Mode since it’s the most obviously non-finished thing, but that doesn’t necessarily add the most fun new gameplay each update. The story will continue, but mixed in with other things!

What is better than cutting up robots? ALSO SETTING THEM ON FIRE!!!
Fire spreads quickly between voxels, increasing the chance that a glancing blow will turn fatal!

The fire update launches with the Steam Release. 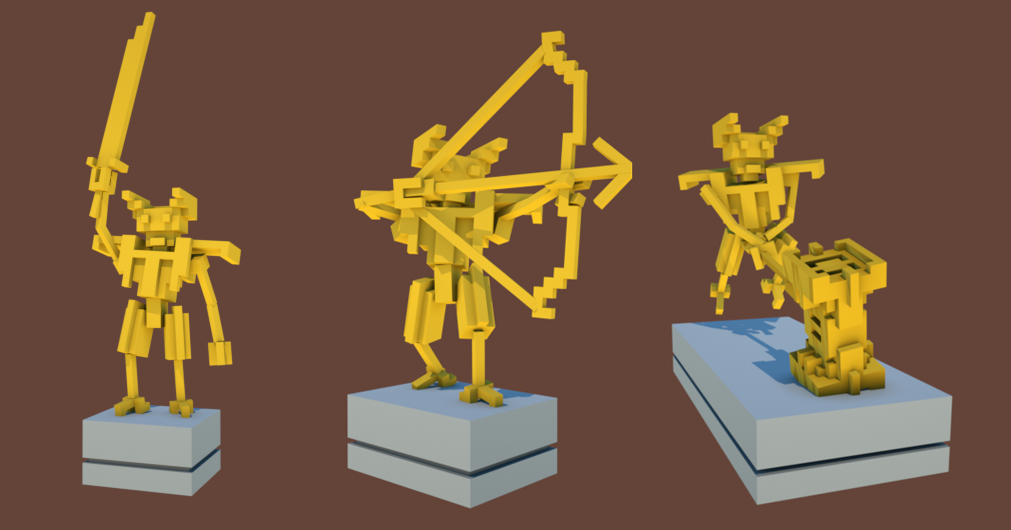 We still have a ton of stuff to build for the update! Follow the progress: