Do you want Clone Drone in the Danger Zone in your Steam??
Vote for it now! 😀

The Hammer is here!

The new update just launched with a bang on itch.io!
With a giant hammer, this update is sure to be a smash hit!

The hammer offers a slow, powerful alternative to the sword.
Smash right through their blocks and shatter their robot bodies all over the battlefield.

You think you’re the only one who gets a hammer??
The Hammer Bots have come to CRUSH YOU!!!! >:D

Experience the entirely new chapter 2 of the Story with a freshly dispensed human mind.
10 new levels present unique challenges, as well as a glimpse of what is happening IN SPACE!

The Team is growing!

This game may have started as a solo project, but this update had all kinds of talented people helping out!

Almighty Nubs made some awesome fan art a while back and whipped up a hammer model as soon as he heard of the concept! The hammer and hammer bot models are all Nubs.
No longer fan art, it is now canon! 😀 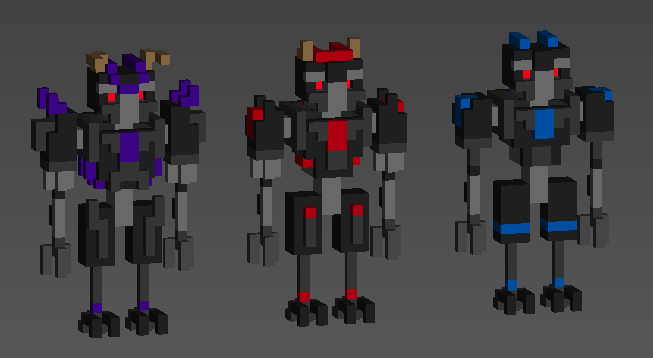 Matt Olick also returns with some awesome Environment Art, Space Stations and other things I won’t mention to spoil story mode for you!

Brian Jordan has been an enthusiastic Twitch Streamer, and used his considerable Engineering talents this update to improve the usability of the Twitch Mode Commands.