On April 18th, 2018, the average time played for Clone Drone somehow went up from around 20 minutes to an HOUR.

If you guessed “Doborog & co. launched multiplayer after 4 months of extreme game-overhauling development”, you’d be right!!

While we’ve had a blast playing against everyone after launch, and many of you had kind words about the new game mode, the day after launch we were left not-yet-satisfied with the overall feel of combat. Multiplayer hits often felt unfair, random, or surprising. At times, it felt like the best strategy was to swing blindly and pray to the server gods!

Before moving on from 1v1 duels, we wanted to improve client and server performance and responsiveness, and make melee hits feel more fair and predictable.

A few weeks in, we’ve got a fun update ready with a game feel we are thrilled with. Improving combat feel will be an ongoing effort for us, and this should be a healthy start!

Replacing the old sword in multiplayer, the greatsword is bigger and has a longer windup time.

Why the longer windup? It gives us the power to compensate for lag!

“My sword passed right through them!” was a common reaction to our first version of multiplayer.

Although we used to start showing a swing right away on your computer, the server wouldn’t start its swing until after receiving your computer’s “swing now!” network event.
By the time the server tried to deal damage, your opponent might have moved out of the way!

What’s worse — when your hits did land, your opponent would often get killed before they even got a chance to see your swing start. “How did that kill me??”

The solution: Eat the lag in the windup time!

Our goal is to make sword swings land at the same exact time. Your head should appear to fly off at the exact moment you see your opponent’s sword pass through your neck.

To achieve this, we start with an alternative set of animations with a powerful windup sequence. Each strike takes note of and sends along its synced-up start time — letting the server and your opponent both skip forward to the exact right time in the swing animation when they learn about it. 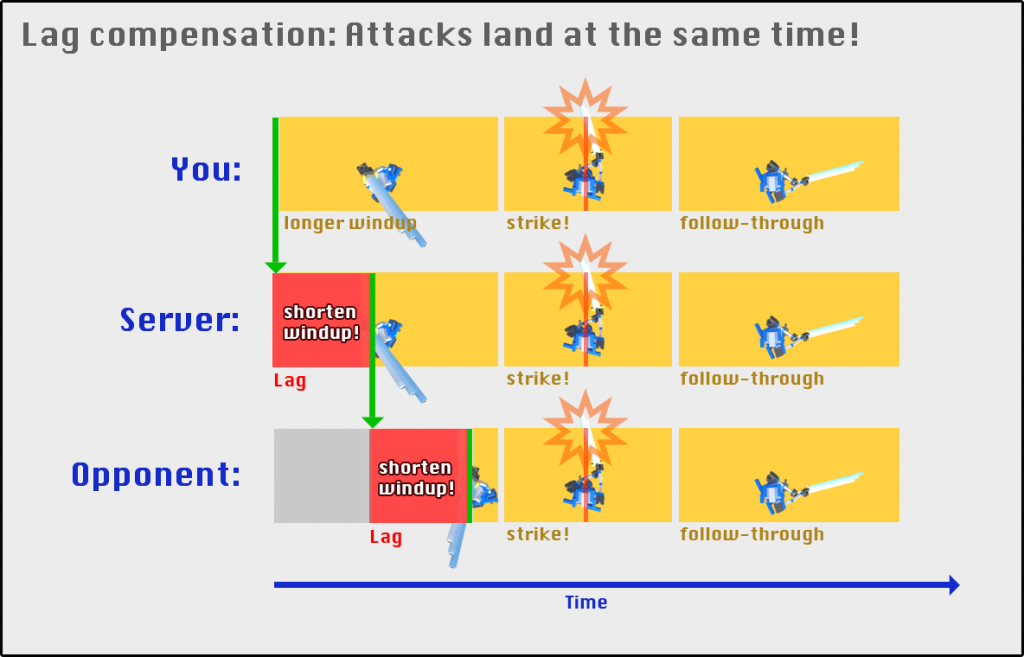 The result is that both you and your opponent see the strike land at the exact same time. It’s like TIME TRAVEL FOR YOUR SWORD!

In play-testing, we’ve found it feels much better than before, and results in many more epic moments of “OH GOD THE SWORD IS GOING TO HIT ME” (and then the sword hits you).
Let us know what you think!

Since the Greatsword has a longer wind-up and thus a new timing to master, you’ll need some practice with it.
We’ve added a new Endless Challenge where every sword is a Greatsword!

We expanded the multiplayer kick collision box and added lag compensation similar to that of the Greatsword!

You can now customize the number of starting clones and skill points for custom duel matches! 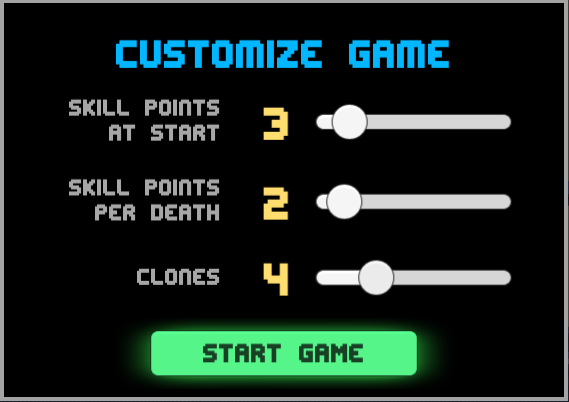 We have some exciting plans for the next multiplayer update. 🙂

If you’re feeling extra adventurous and want to test bleeding edge versions of the game before the next update, follow our development on Twitch and watch for opportunities to try out what we’re building next, live!