And look — our servers scaled up without exploding! 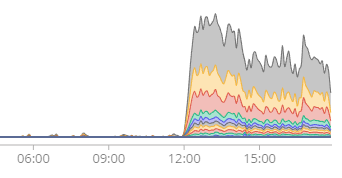 So go ahead, tell your friends! Challenge your neighbors!

While many players are enjoying multiplayer, there are a few things we want to do to get pings lower and make the combat feel much more responsive. We’re going to be doing a mini-update next, with:

This was a BIG update (including an overhaul of so much of the single-player tech as well) — so let us know if you come across any new bugs or have issues with the game!

HUGE THANK YOU to everyone who tested the multiplayer beta over the last three months, who is hanging out playing duels this launch weekend, and for generally making this crazy dream of multiplayer Clone Drone a possibility for us!

Once 1v1 is feeling great, we’ve got some fun new plans for multiplayer on deck 🙂