Ahoy friends! We’re super hard at work on Multiplayer Duel Mode, but wanted to take a quick second to update everyone on our progress!

tl;dr: We’re making good progress! We’re shooting to officially launch 1v1 in April (later than we’d hoped!), but in the mean-time you can follow along with Erik’s live dev streams and try our bleeding-edge development test version!

We’re zeroing in on a final, fun match structure for duels. Each player starts the match with 3 lives, and after deaths, players get to pick an upgrade!

Picking upgrades after death adds another layer of strategy to the game, letting you react to your opponent’s choices and the map you’re on!

As part of making the game work for multiplayer, we’ve been converting everything over to be multiplayer-compatible, including nearly every upgrade (hammer, bow, jetpack, kick) and hazards (sawblades, spikes, moving platforms over dangerous lava). While you may have kicked a Sword 1 robot or two into sawblades before, we’re finding it’s a totally fresh experience sending real human-controlled robots to their doom. Practice your maniacal laugh, you’ll need it.

When we built Long Live Santa! as a test game, we used a direct peer-to-peer connection for matches. While this worked okay (and cost a good bit less) — players who were acting as the host would sometimes drop, some hosts would have inconsistent internet connections or high pings to others in matches, and in some cases use their position as server host as an unfair advantage!

For Clone Drone’s multiplayer, we’re pulling out all the stops and hosting our own full-on auto-scaling dedicated servers! While the development branch is currently targeting a single region (US-East), soon we will support servers in regions worldwide, so not only should gameplay be nice & fair, but hopefully pings will be buttery-low!

What’s Left to Do!

While we’d love to launch right now, we’ve got some things to do before shipping multiplayer to everyone! 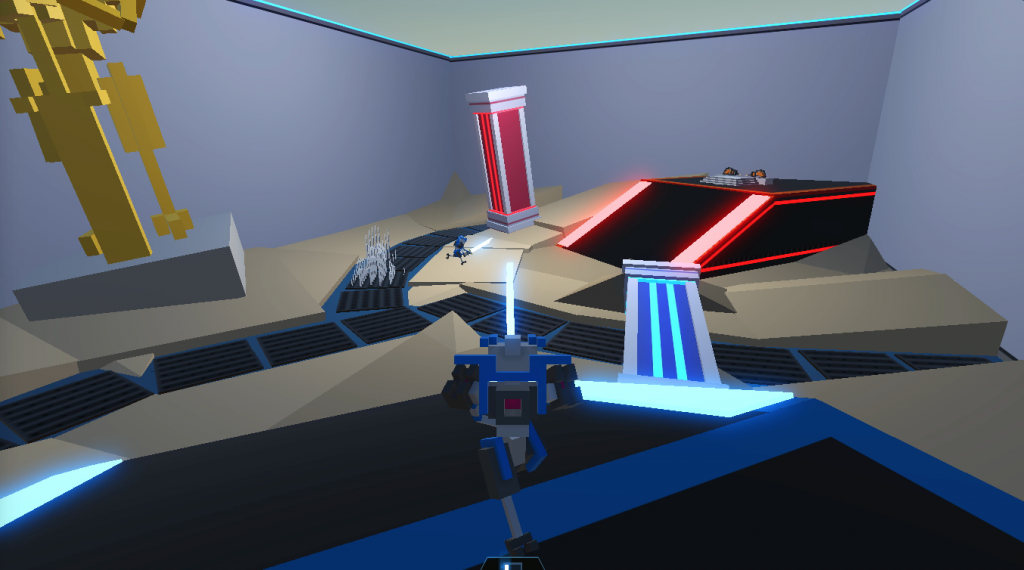 The up-shot of all this is — once we’ve developed this core fighting experience, other game modes will become easier and quicker to add! We’re super excited about what’s next for multiplayer (and shared some of our ideas in this other post), and can’t wait to start slicing you all in half with our laser swords.

We’re getting there! Thanks for everyone who has been testing out builds and following along our development!! We can do this!!! YEAHH!!!!