Ahoy!! As Erik mentioned in our last update, we’ve been super-duper-heads-down-focused on finishing up Story Mode Chapter 3 — our most ambitious update yet — a multi-stage adventure chock full of fresh new gameplay elements!

And we’ve set a final date for release! The Story Mode Chapter 3 update will be available on Steam and Itch on…

Until then, we thought you might appreciate a sneak peek at:

Armor, which will be introduced in chapter 3, covers sections of your body — stopping blade cuts and breaking apart on impact.

“But wait…”, you might ask. “Can ALL the enemies wear armor?” 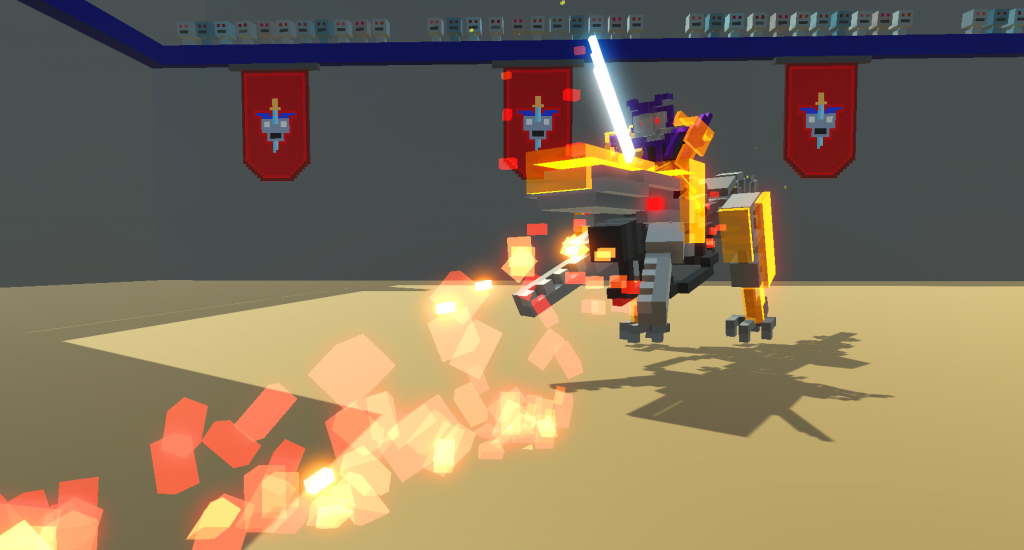 We will be hosting a live Clone Drone Twitch Mode stream from our booth at TwitchCon 2017! If you’ll be there this year, come visit us!! Otherwise, play along online at http://twitch.tv/doborog during the event!

On top of exhibiting the game and Twitch Mode there, Twitch has kindly given us two TwitchCon tickets to give away!!

If you stream Clone Drone’s Twitch Mode between now and September 25th and tweet out a clip from playing, you’ll have a chance to get one of the tickets!

And we’ll contact the winners that week! It’s a great excuse to try streaming on Twitch, or Clone Drone, for the first time!