Wait no longer, Chapter 4 has arrived!

With your mind now transferred into the Fleet, make your way through one of the fleet’s most heavily defended ships.

So many new things!

With no Clones or business transfer stations in the Fleet, you’re going to need a backup plan. Mind Transfer gives you a lifeline and opportunity to fight as a variety of enemies.

Spears are now available as an upgrade in endless mode, the Spear Only challenge (which unlocks the Flame Spear), and in a number of enemies you can transfer in to in Chapter 4.

One of the major innovations in the development of Chapter 4 is the addition of a Level Editor Animation System. This is also available for use by level editors! Check out this demo video with some more details on how to use it! 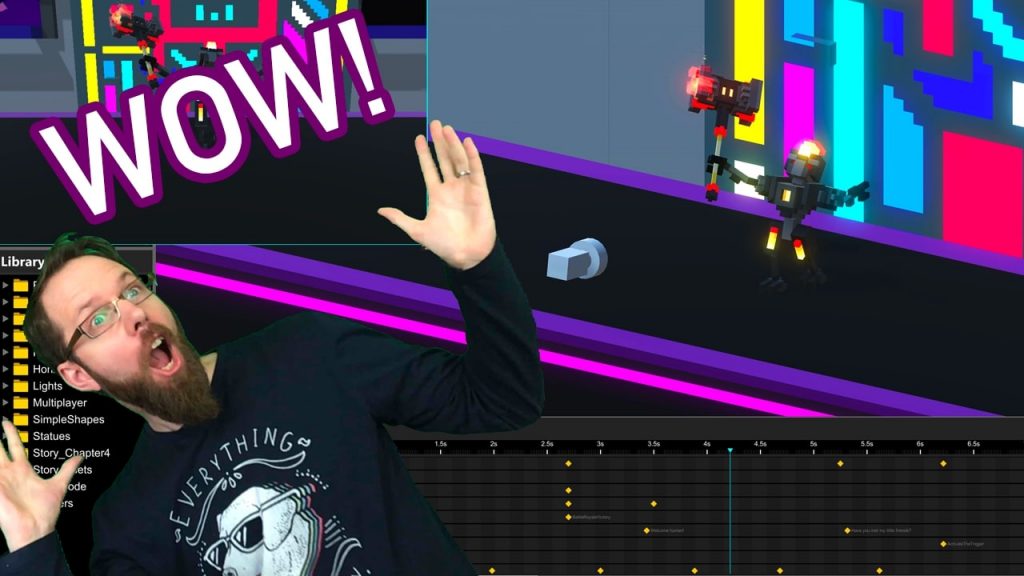 This chapter is our first since the talented Gary Lucken joined the team! Gary’s incredible voxel art is featured heavily throughout chapter 4. 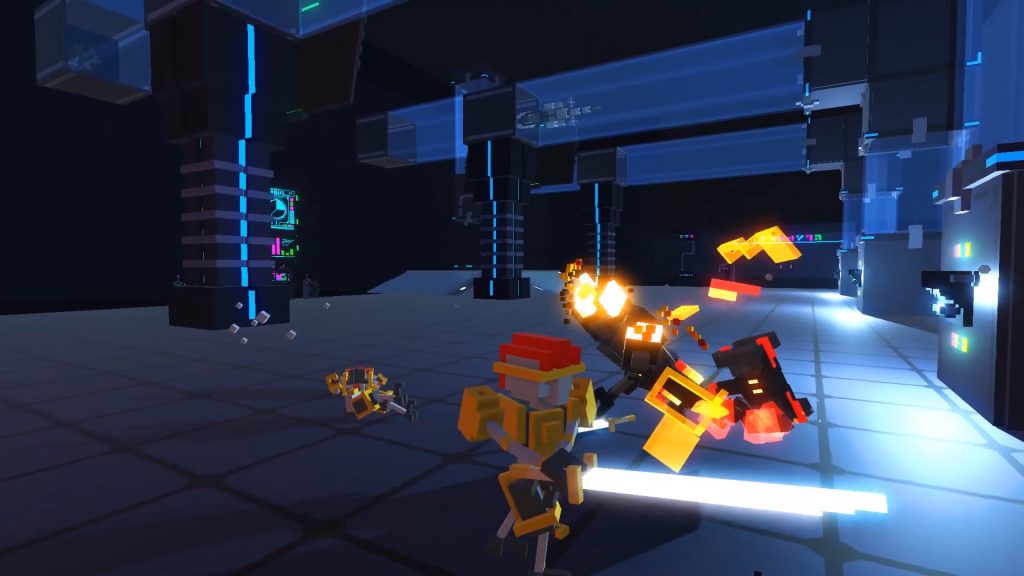 Look who’s talking too! Combat robots in Chapter 4 feature a primitive voice system that allows for dynamic commentary. (This is also now available for use in the level editor!)

Chapter 4 features a number of new enemies, culminating in an epic battle with some fresh new faces. Good luck!

In the Mind Transfer challenge, death is only the beginning. Can you make it to Titanium armed only with the ability to transfer your mind into enemies?? 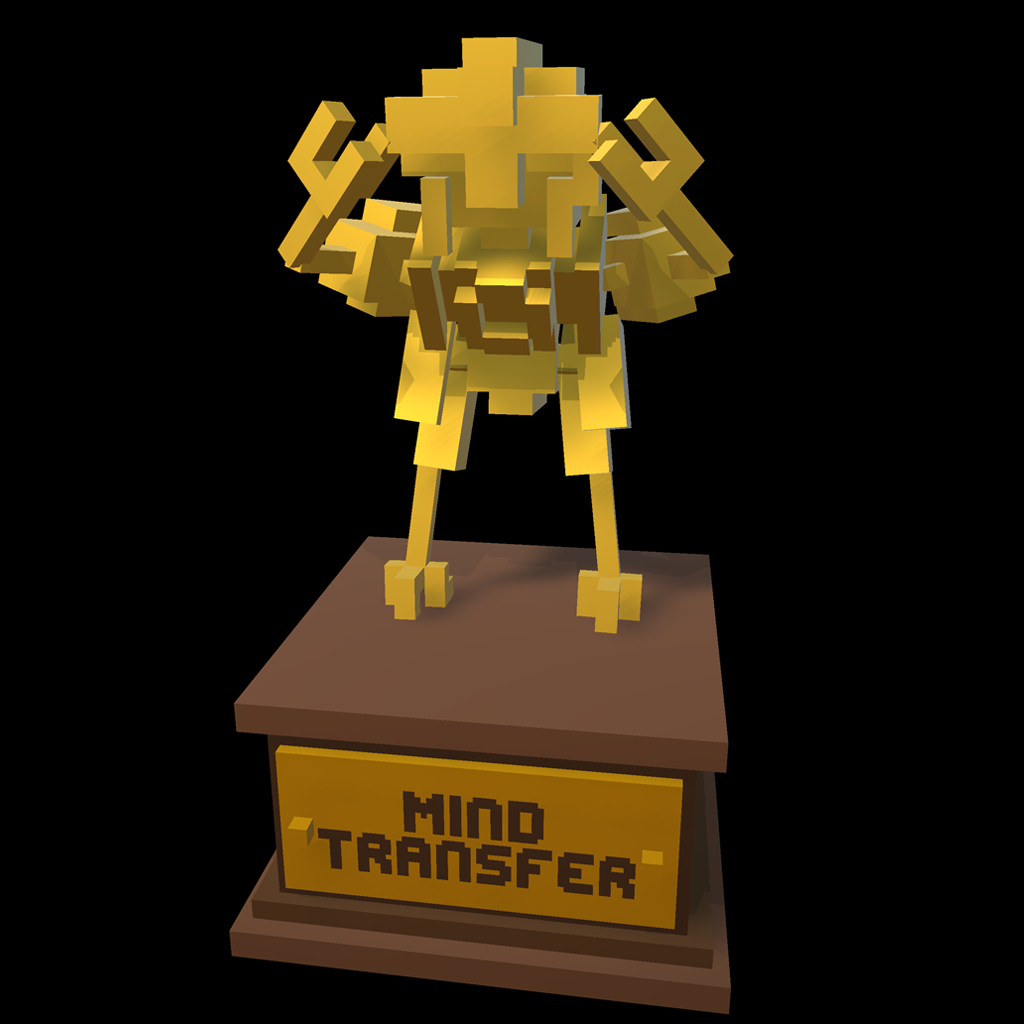 The Spear-Only Challenge puts your spear skills to the test. Beating it unlocks the flame spear. 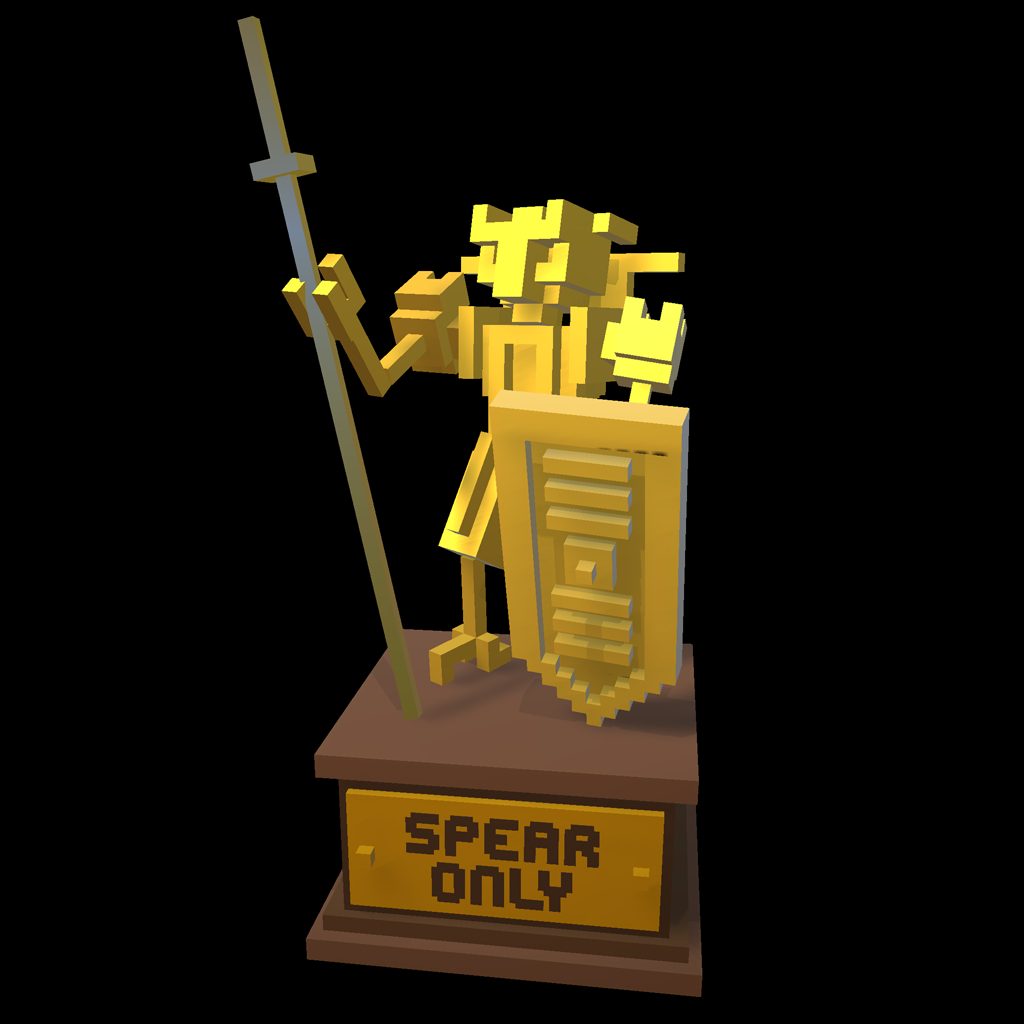 Today we’ve already released some bug hotfixes, but if you encounter anything / get stuck in the game and can’t continue let us know in the community Discord or at our support email. You can always try going back to the main menu, changing difficulties, or restarting Steam to see if there’s been a game update that fixes your issue.

We’ll likely put out another mini-release integrating some of these sweet new features elsewhere in the game (like adding the spear to multiplayer!)